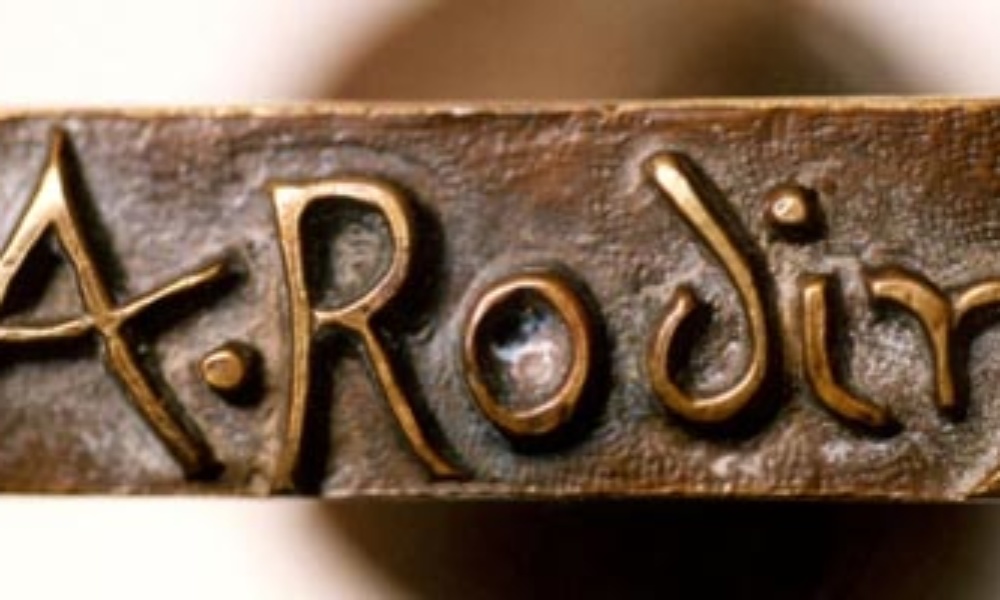 Beauty attracts jealousy and greed. Bronzes are a subject of predilection, where it is important to be able to distinguish original works from imitations and unlawfully cast bronzes.

Numerous cases occupying the headlines recently that involve imitation bronze sculptures has led me to again raise this subject so that colleagues and readers can be sufficiently informed to be able to make their own judgments.

Bronze sculptures, sand cast from a mould or using the lost-wax process, are an easy prey for counterfeiters.

The classification of a reproduction produced in an original series or as an artist’s copy, old or recent, numbered or not numbered, signed or not signed, stamped by the founder or not stamped, enlarged or reduced in size does not facilitate the art enthusiast’s task, who can easily be lost in this verbal labyrinth.

In relation to reproductions, in particular, it is important to be able to distinguish casts originating from the artist’s era (produced while the artist was still alive and  under his supervision) and originals cast after the artist’s death, for example. To be able to do so, knowledge of the appropriate vocabulary is required.

The ‘old, original cast’ label, often found in auction house catalogues, is too vague because it does not indicate that date on which the bronze was produced nor does it specify if the artist was alive when the bronze was cast.

This precision is, nevertheless, essential because numerous sculptors worked in close collaboration with the founder, altering their wax-work model, adjusting details and modifying positions right up the last minute before casting the bronze. Such work cannot, clearly, be carried out by the artist’s successors.

The regulations governing bronze works of art are predominantly found in:

1) Decree 81-255 of 3 March 1981 on the repression of fraud in transactions involving works of art and collector items;

These laws clarify and legalize the terminology and practices used, even if they are not strictly followed in practice!

– Article 1: Regular or occasional sellers of works of art or collector items or their representatives and the public officials carrying out a public auction must, if the buyer asks, issue an invoice, receipt, sales slip or auction report containing the information they presented on the nature, contents, origin and age of the object being sold.

– Article 2: The name of a work or an object, where it is solely and immediately followed by reference to a historical period, century or era, guarantees to the buyer that this work or object was actually produced during the period in question.

Where one or more parts of the work or object were produced subsequently, the purchaser must be so informed.

– Article 3: Unless it is accompanied by a specific reservation on authenticity, the statement that a work or object bears the signature or stamp of an artist involves a guarantee that the artist in question is actually the author.

The same applies where the terms ‘by’ or ‘of’ are used followed by the author’s name.

The same applies where the artist’s name is immediately followed by the name or title of the work.

– Article 4: The use of the term ‘attributed to’ followed by an artist’s name guarantees that the work or object was produced during the period of production of the artist in question and that there is a substantial presumption that such person is the probable author.

– Article 5: The use of the term ‘from the workshop of’ followed by an artist’s name guarantees that the work was produced in the workshop of the master artist cited or under his supervision.

In the case of a family workshop that retains the same name over several generations, the indication of a workshop must be followed by a statement of the era.

The use of the term ‘from the school of’ followed by an artist’s name involves the guarantee that the author of the work was a student of the master cited and was known to have been influenced by or benefited from his technique. Such term can apply only to a work produced during the artist’s lifetime or within a period that is less than fifty years after his death.

Where it refers to a precise place, the use of the term ‘from the school of’ guarantees that the work was produced during the existence of the artistic movement named, the era for which must be specified, and by an artist who participated in such movement.

– Article 7: The phrases ‘in the style of’, ‘in the manner of’, ‘according to’, ‘like’ do not give any particular guarantee on the identity of the artist, the date of the work or the school.

– Article 8: Any facsimile, overlaid copy, copy or other reproduction of a work of art or a collector item must be named as such.

– Article 9: Any facsimile, overlaid copy, copy or other reproduction of an original work of art within the meaning of Art. 71 of Appendix III of the (French) General Tax Code that is produced after the date of entry into force of this Decree must bear the word ‘Reproduction’ in a visible and indelible manner.

– Article 10: Any person who contravenes the provisions of Articles 1 to 9 of this Decree will be sanctioned by the fines provided for offences of the fifth category.

– Article 11: The Lord Chancellor, the Minister of Justice, the Minister of Agriculture in the Minister of Culture and Communication are responsible, each for that which relates to them, for the execution of this Decree, which will be published in the Official Journal of the French Republic. Signed in Paris on 3 March 1981 – Raymond Barre

For the application of the provisions of Art. 261-1-3a of the General Tax Code, the following are considered to be original works of art:

The work of the expert involves two objectives. The first is the studying the object in order to identify it, the second is classifying it under the legislation. Bronzes are the subject of a multitude of imitations, appreciated to varying degrees by collectioners, that can be sanctioned by the law.

Unlawful castings are castings that are not declared either by the founder, the sculptor or the successors to the tax authorities. Such castings should not, therefore, be considered to be counterfeit copies but fraudulent castings.

Take the example of a bronze cast during the Renaissance, unbeknownst to the artist, using the original mould by the same founder.

The work is a bronze, it has the same qualities, the same patina and the same origin as the other works – its current commercial value will be identical to other legal works of that era.

Take a second example, the sculptor Rodin, who had the reputation of poorly paying his founders, who rectified the situation by casting, unbeknownst to the artist, quality castings and sold them.

Who today would consider destroying them? And is it possible to detect these unlawful castings?!…

The obligation, since 1968, to number original series simplifies the task of the expert, who, for modern casts, benefits from significant reference points. But he must nonetheless investigate the origins of the works in order to distinguish an unlawful from a lawful bronze cast.

From a strictly technical point of view, there are differing levels of imitation bronzes.

An unlawful casting using the same mould, the same metal alloy and the same patina by the same founder is visually undetectable.

Bronzes cast using a mould made from an authentic bronze can be detected by an expert due to several factors:

If the first two points give rise to disputes between experts, the third point is formal proof because each founder, particularly from the end of the 19th century until today, uses a different alloy.

The legislator has not yet produced regulations on increased or decreased size models, such that, the maximum original editions being reached (8/8), the artist or his successors can recommence a series of 8, 15 or 50 copies on another scale. Custom imposes a minimum variation of approximately 1/3 of the size of the original, which does not prevent certain unscrupulous artists and founders reducing the variations to 1.2 or increasing them up to 15 times the original dimensions. The objects in such series are described as ‘works of art’ as opposed to ‘original works of art’.

Bronze copies are generally not numbered and are produced in substantial numbers, from 100 to 1,000 or even more in certain cases.

The expert must assess the quality of the original work of art or object in a series, determining whether it is an imitation or an unlawful copy.

He must, as appropriate, identify the author, the era and the founder and, according to the quality of the production and the rarity of the work, attribute a value to it.