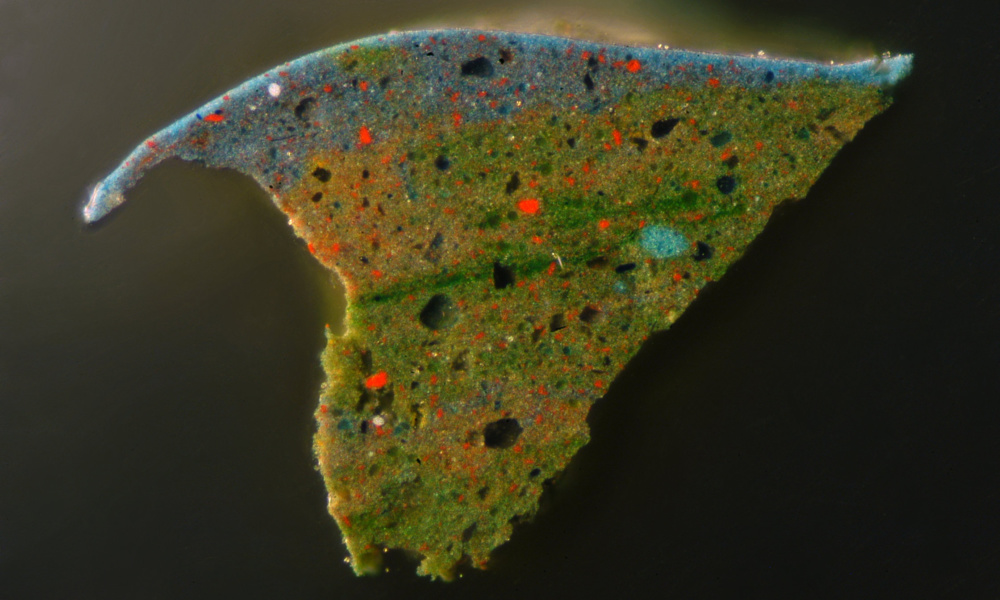 The author summarizes the advance in scientific examinations over the past twenty years and their inclusion in expert reports on works of art.

The search for the truth, both historical, stylistic, technical and scientific, by claiming zero risk through the production of irrefutable proof, might, at the beginning of this 3rd millennium, be the definition of the task of the art expert. An apparently easy task, but extremely hazardous when trying to distinguish the hand of the artist or tracking down quality counterfeits. Since the 1980s, the authority of the authors of catalogues or artists’ works, theses or significant art dealers has dissolved in the face of the Cartesian rise of science. While the conference ‘True or false, the criteria for authenticity’ organized in January 2007 by experts, journalists and university professors would reassure the audience by praising the merits of the traditional art expert, certain statements took us back several centuries. Strongly criticizing the contribution provided by science to the art expert, several speakers seemed convinced that merely sight, touch and professional experience (meaning being constantly in contact with the categories of objects or works the subject of expert reports) enabled the expert to be effective.

Window of the room known as ‘La Cassette’ (Louis XV’s bathroom) at the Palace of Versailles, on which were taken paint samples in order to determine the original colours.

This approach remains opposed to currently applicable best-endeavours obligation. An expert opinion that does not demonstrate proof currently constitutes a very fragile certificate. Its inconsistency might even lead to its author being uneasy during court proceedings. If no technical verification or estimation of the degree of reliability can be established, this type of expert report can be extremely easily doubted (figures 1 to 3)… Our finding in relation to other expert specialities is even more surprising. An expert report on an art object does not follow any standard (1) or protocol. It largely relies on specialists whose investigatory methods remain obscure. They largely rely on historical and stylistic knowledge of the work being examined. The elite who certain artists or schools depended on were often the authors of their own catalogues; a work that did not figure in the latest catalogue was doubted and, therefore, not able to be sold. Clearly, until the emergence of the use of scientific examinations, such historians were only very rarely doubted. The same applied to experts whose opinion was guided only by their substantial visual knowledge of the subject. While it is justifiably known that the eye gains in experience by repeatedly sighting paintings or works of art, it nonetheless remains surprising to see the level of  assurance with which certain experts issue no doubts in their intuition. The primary finding over these last twenty years regularly demonstrates that the certitude of the ‘elite’ or, to use a more current term, ‘the expert report stars’, fades with each scientific proof that is contrary to their opinion. Prudence and jurisprudence therefore incites the expert to verify his opinion with the aid of technical and scientific proof. This best-endeavors obligation (2) has, lastly, been absorbed as customary by collectioners, bankers and judges, to the point where the absence of certain basic and inexpensive examinations prior to the transaction can lead to the doubting of the expert during subsequent proceedings. Today’s expert, therefore, becomes responsible for all his acts and must even, sometimes, justify his silences because, contrary to the 1970s, an art expert must provide the proof of authenticity and give grounds for his opinion. Economizing in the use of resources can, therefore, result in criticism of the author of an erroneous certificate.

Samples (A, B and C) after inclusion in a resin disc. Their observation under optical microscope enables the discovery of the original colours and pigments.

Microscopic cross-section of sample A produced from layers of paint obtained on the outside of the window of the room known as ‘La Cassette’. The scientific examination thereby assists the expert report prior to a restoration decision.

1. PRODUCTION OF A ‘CONDITION REPORT’

Historical, technical and scientific prudence considerably increases the cost of an expert report. But is it not preferable to anticipate eventual disputes by systematically monitoring certain key points in a work of art? The Anglo-Saxons have long understood this and, prior to any transaction over a work of art, draw up a scientific condition report. This condition report also has the advantage of avoiding any subsequent dispute in relation to the condition of the object at the time of its sale. The sales council (the French authority regulating the art market) has, for a number of years, strongly encouraged professionals to provide buyers with a report on the condition of works of art that exceed a certain value prior to any transaction. This has the aim of avoiding any later claims for annulations of sales by buyers  disappointed by either the work’s lack of authenticity or its over-restoration. On the second issue, the question often arises: to what point can the restoration of a work be considered authentic (3)? The increase in legal proceedings in the artistic area has accentuated over the past 20 years. From 1960 to 1990, at the time of the Glorious Thirty in the trading of antique art objects, disputes were resolved by way of negotiation, the dealer being sure that he could quickly resell the disputed work. A crisis from 1990 to 2000 changed such ‘good behavior’. Even reputable institutions could no longer take back the artful works so easily. Doubts over authenticity increased and led to disputes, the principal outcome of which was  court proceedings. Since then, judges – tired of battles between experts, doubts over their competence and voluntary or court-ordered withdrawals – understood that the recruiting of art experts should be open to other professions than antique dealers, at a time when the art market strongly resisted such moves. In 20 years, the participation by art historians, restorers and scientists has brought new skills to civil and judicial expert reports. Such open-mindedness marked significant progress, to the benefit of the quality of the expert reports, now open to collaborative work. Their assistance enabled empirical, indisputable, proof to be highlighted in a large number of cases. For example, when the analysis of a pigment taken from the primary layer of a painting reveals that it is titanium white (used in paintings since 1916), the work cannot be a 16th century work. The ‘experts’ battle’ ends instantly(4). Conversely, a poorly interpreted scientific examination, in the context of an expert report, can lead to a catastrophy. The quote from François Rabelais remains applicable even today: “Science without conscience is but the ruin of the soul”. This can be demonstrated in the following example. Mr P., an expert in Chinese archaeology, seeing one of his client’s Tang horse (618 – 907 A.D.) of very good quality, ‘instinctively’ expressed substantial doubt as to its authenticity (figure 4). He advised its owner to verify the date of the firing of the terracotta object through a thermoluminescence test (5). To his great surprise, the analysis was positive and contradicted his opinion based on his stylistic and aesthetic knowledge. His strongly-held belief being subsequently overridden by the scientific result, he paid for the obtaining of other scientific proof and came to consult the author of these lines.

The technical and scientific contributions required for expert reports on paintings and works of art add to the competences of the traditional expert. The expert should not hesitate in admitting his limits, even if it means leading a group in order to more appropriately obtain the truth, apply the greatest transparency in relation to the method used and the traceability of examinations and demonstration of the proof. Expert reports on works of art are more and more becoming the work of a team, where individualism effaces behind collegiality. 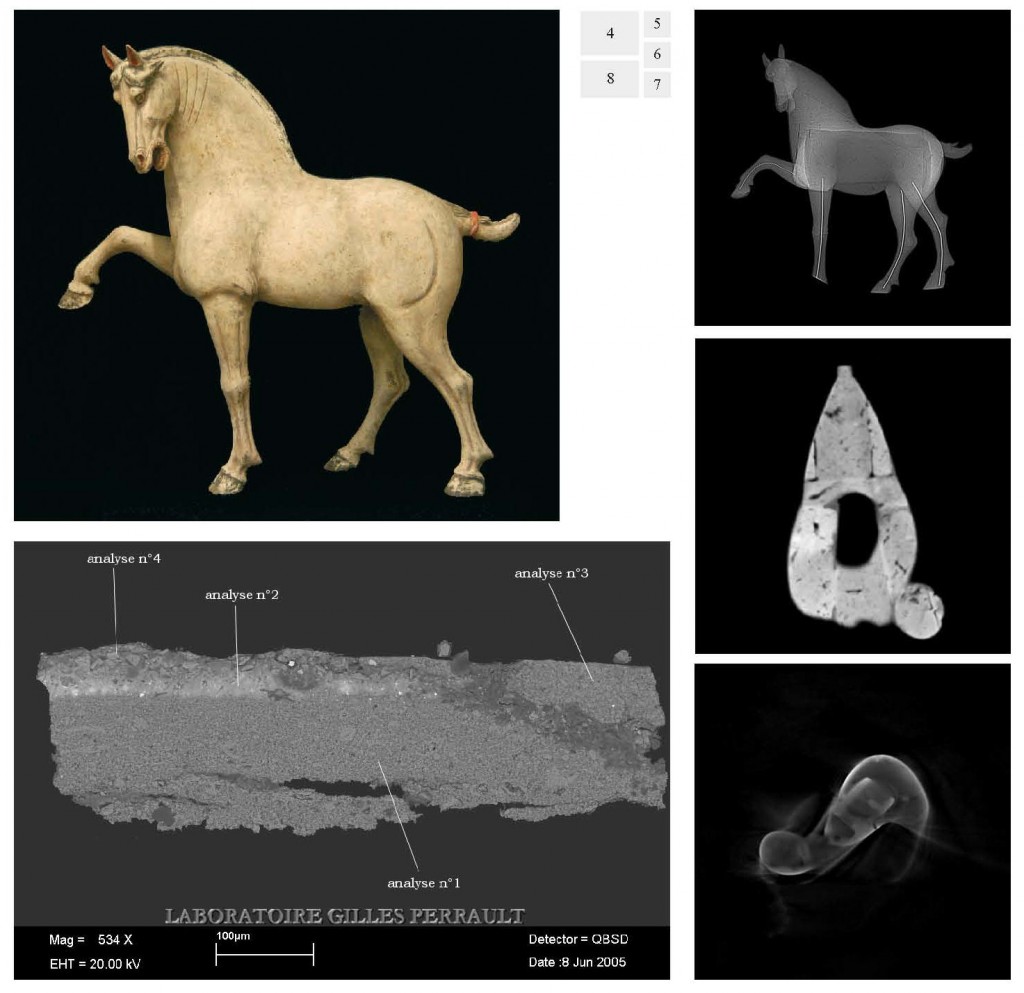